Known for their bombastic stage presence and elaborate theatrical performances, Queen is one of the most iconic rock bands of all time. With hits like “We Will Rock You” and “Bohemian Rhapsody,” Queen has cemented their place in history with an impressive body of work. Here are the 10 greatest songs by Queen.

Bohemian Rhapsody is a song by the British rock band Queen. It was written by Freddie Mercury for the band’s 1975 album A Night at the Opera. The song is a six-minute suite, consisting of several sections without a chorus: an intro, a ballad segment, an operatic passage, a hard rock section and a reflective coda. The single was accompanied by a promotional video, which many scholars consider one of the first ever music videos.

We Will Rock You is a song by English rock band Queen. Written by Brian May and recorded in 1977 for their album News of the World, it was released as a single with “We Are the Champions” in 1978. The song has since become an anthem for sporting events and an enduring symbol of power.

3. Another One Bites the Dust

Another One Bites written by bass guitarist John Deacon, it was released as a single in 1980, with “Dragon Attack” as its B-side. The song was included on their eighth studio album The Game (1980).

It was written by bass guitarist John Deacon and released on their eleventh album The Works in 1984. The song caused controversy upon its release due to its video, which featured the band members dressed in women’s clothing. Despite this, the song was a commercial success, reaching number three on the UK Singles Chart and becoming their second US top ten hit.

Under Pressure is a song by English rock band Queen and singer David Bowie. It was written and recorded in 1981 for the album Hot Space. The song reached number one on the UK Singles Chart, becoming Queen’s second single to do so after “Bohemian Rhapsody” in 1975. 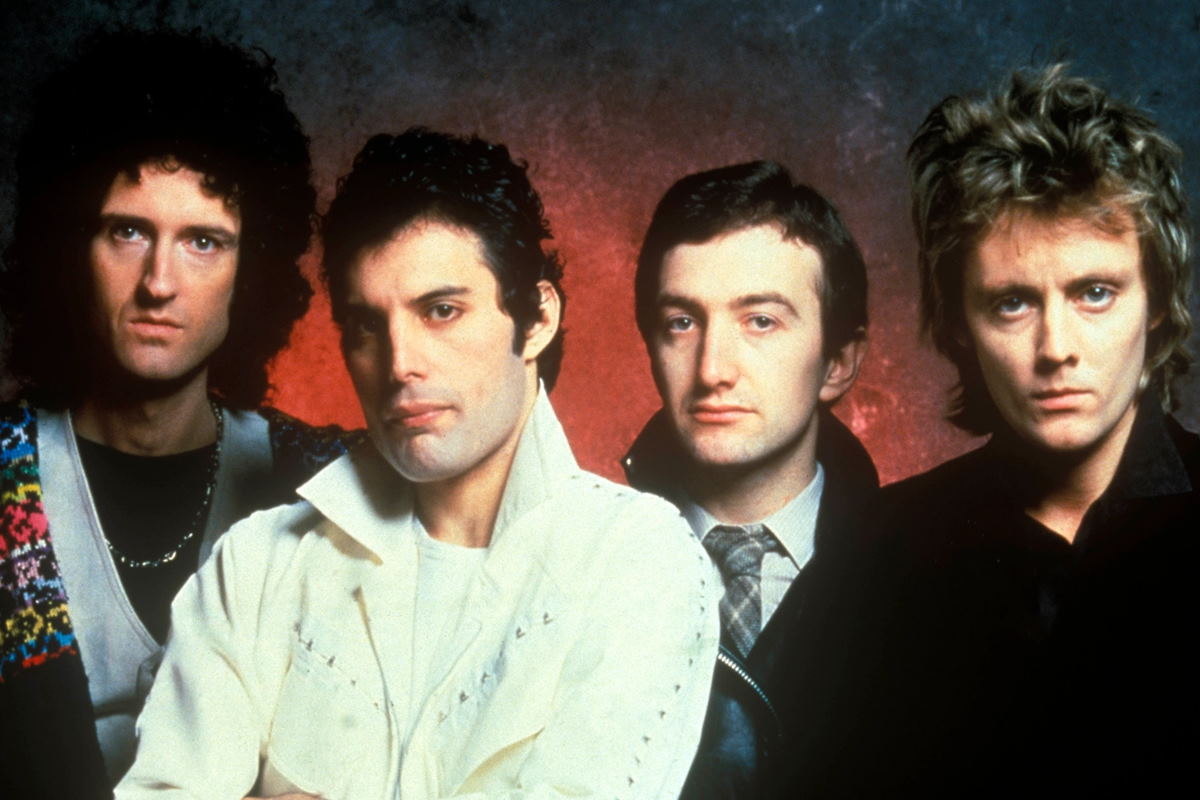 6. Who Wants to Live Forever

Who Wants written by guitarist Brian May for their 1986 film Highlander. Released as a single in October 1986, it peaked at number three in December 1986 in the United Kingdom, while reaching number four in the United States and number six in Germany. In 1987, the song was nominated for the Golden Globe Award for Best Original Song.

Radio Ga Ga is a 1984 song performed by British rock band Queen, written by their drummer Roger Taylor. The song was originally released as a single from their album The Works in February 1984, reaching number two in both the United Kingdom and the United States, becoming one of their most successful singles worldwide.

Crazy Little Thing Called Love is a song by the British rock band Queen. Written by Freddie Mercury in 1979, it was included on their 1980 album The Game, and released as a single that year, peaking at number two in the UK Singles Chart and becoming their biggest US hit at the time, reaching number four on the Billboard Hot 100.

A Kind of Magic is written by their drummer Roger Taylor for their 1986 album A Kind of Magic. The song was released as a single in June 1986, peaking at number three in the UK Singles Chart and number nine on the US Billboard Hot 100. It was also nominated for the Grammy Award for Best Rock Performance by a Duo or Group with Vocal in 1987.

I Want It All is a song by English rock band Queen. Written by Brian May, it was released on their 1989 album The Miracle. The song was a commercial success, reaching number two in the UK Singles Chart and number four on the US Billboard Hot 100.

As we come to the end of our list of the top 10 greatest Queen songs of all time, it’s interesting to note that there are so many different types of songs on this list. We’ve got hard rock anthems, beautiful ballads, and everything in between. What ties these songs together is Freddie Mercury’s amazing voice and songwriting ability, as well as Brian May’s masterful guitar work. Whether you’re a long-time fan or just discovering Queen for the first time, we hope you’ve enjoyed this!